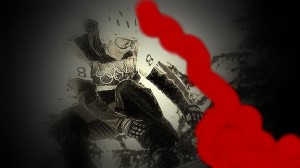 As somebody who isn’t very interested in sport, I nonetheless get pretty excited about Olympic Games.  Against my better judgement actually, given all the corporate flannel that wraps them.  Four years ago I went with some colleagues out to Vancouver during the Winter Paralympics, and very impressive and energising it was.  Vancouver and Whistler, the Canadians, the venues, the volunteers were all lovely.   The cultural programme had some brilliant stuff in it.  I became fascinated by paralympic downhill skiing.

Well I would, wouldn’t I ? I had a job organising the Cultural Olympiad.  Actually, during my five year contract, I spent a considerable amount of time sitting through meetings whose proceedings the scriptwriters of Twenty-Twelve would consider too farcical for that brilliant sitcom, and as a result I carried throughout the process a high degree of scepticism.  I knew our arts programme was going to be superlative, that was the bit I could affect, but there were times when everything else seemed so beset by bureaucracy, bullshit, bluster and befuddlement  that  I had my doubts as to whether London would deliver on its high expectations.

But then it exceeded them.  We knew, after a few days of the Torch Relay which shone its flame  on real people across the UK, from Danny Boyle’s big-soul, ideological epic of the things that make us great as individuals and as a people, from the great Cultural Olympiad projects unfolding across the UK from Belfast and Bradford to mountains and coasts, from first contact with the heroic Games-makers on a visit to the Olympic Park … and that was before the sport had even begun.

Like I say I’m not a big sports fan, but I find myself drawn into the Olympic narrative despite my aversion to large crowds, mass entertainment, manipulation of sporting achievements by governments wishing to seize short-term feelgood to their own polling ends, flag-waving  and national hysteria.  During the Olympics I find myself watching sports I have never taken the slightest interest in – like Taikwondo and volleyball – and amused my friend by leaping from my seat in uncontained excitement at a goal by Poland during the men’s wheelchair basketball.

During London 2012 we felt we were part of some kind of big national story, a wide screen depiction of how our country could be at its best.  Dammit, the trains out to Stratford were like trains in Europe, they ran on time, were swift, comfortable and air conditioned and so smooth there was no likelihood of toppling into the lap of a fellow passenger when the train gives a lurch just as you head for the loo.  At the end of the night, they managed to direct crowds out of the stadium so that we all kept moving, got on a train that was not overcrowded and kept the warm hearted friendliness going all the way back into central London with a song in our hearts.  Even the police were charming and jolly.  Clare Balding became a national treasure. George Osborne was booed by the whole Olympic Stadium.  It was a bit like seeing a possible, ideal version of oneself portrayed by a very powerful, charismatic  actor – in my case maybe Emma Thompson or Rachel Weisz.  That, and the wonderful sporting moments we were watching, was a two month simulation of those aspects of the individuals and the societies we wanted to be.

I have got thus far in describing the London 2012 Olympic experience without resorting to the word Inspired.  That is because for five years, that word became a lazy shorthand for all the many and varied things that great sport and great art work in people’s hearts and minds.  We could not issue a press release without the ‘I’ word ; every event and agency tried to boost its self importance by claiming to draw inspiration from the Games. We even had an ingenious scheme to license projects within the IOC rules on brand association, called Inspired by London 2012.  I vowed on 1st October 2012 never to use the ‘I’ word again, now that I was free to describe  the effect of said sport/ art on people as intoxicated, revived, enlightened, amused, satisfied, enthralled, delighted, aggravated, energised, engrossed, stimulated, discombobulated, astonished, moved, elated, comforted, thrilled, enraged, entertained, impressed, persuaded, ecstatic…

So, on 12th February 2014, why am I totally and utterly unengaged by the Sochi Winter Olympics?

It’s not like the Russians haven’t spent the money.  A few people said that with the money spent on London 2012, of course you can make the trains run on time, the workers smile and the queues disappear.

It’s not like they haven’t recruited and trained the volunteers (wearing, ironically, what look like rainbow coloured uniforms) . We are told in advance  that ‘the atmosphere is of unity and absolute happiness’ (Voice of Russia 6th Feb).

It’s not like they’re not aware of the many empty seats in the stadiums showing at early events – after all London was criticised for empty seats which had been assigned to members of ‘The Olympic Family’ who had failed to show.  Apparently it’s still impossible to get tickets for events in Sochi, despite shots of half empty stadia. Could it be that not only the Olympic Family but the entire extended crony family of Putin have been assigned all the tickets but can’t be arsed to turn up to watch the sport?

It’s not like it’s even a pre-empted political decision on my part to boycott the Sochi Games,  a clenched  fist refusal to press the BBC2 button on the remote control between the hours of one and eight pm.   Not like the clearly expressed views of Heidi Moore in the Guardian http://www.theguardian.com/commentisfree/2014/feb/07/why-im-not-watching-sochi-olympics

Bugger!   I’ve used the ‘I’ word for the first time in eighteen months.  I feel like the hermit character played by Terry Jones, and his barely concealed scrotum, in Life of Brian who is riled by Brian’s followers into breaking his thirty years of religiously observed silence.

When I was a student, I remember the controversy about whether the English cricket team should go to South Africa, to play a team from which black players were excluded. I remember a lot of talk about not mixing up sport and politics, which to me as a non sportsperson (did I mention I’m not interested in sport?) was an absolute no-brainer.  Sport is about competition to see who can prevail by their physical and tactical prowess played out within a set of rules.   England selected its teams by one set of rules, South Africa by another.  We did not, even then, approve of racial discrimination. How then, could we play a team whose primary rule of selection was racially based?  It just wasn’t cricket as far as I could see.

Russian society plays by different rules. It persecutes gay people and political activists.  It, and especially the Sochi Games, are characterised by endemic corruption and human rights abuses.  Far from enhancing the local area, Olympic construction has allegedly damaged the eco-system of a national park, caused landslides due to illegal dumping of waste and poisoned local residents’ drinking wells.  I found this out doing a bit of research to check whether my perception of the Russian Olympic hosts as corrupt, uncaring, brutal, unfair and generally shabby, was borne out of my own racism or in actual (or alleged) fact . I didn’t have to look far to satisfy my understanding.

This is not cultural relativism. These are the wrong rules.  They fly in the face of the Olympic values, of the values of humanity, they multiply global problems, solutions to which can only be brought about by shared global vision.  If the Games have any value it should lie behind the temporary feelings of unity engendered by a global sporting event.

Russia has got it wrong. It’s simply strutting its own glory, or rather the image of its puffed up ludicrous, closet-dwelling , toxic leader and his corrupt network of financial interests.  It’s lining the pockets of its oligarchs.  And, as over hundreds of years of history, it’s riding roughshod over its people, for whom no Russian ruling class has ever cared one jot.

Those aren’t the rules.  They’re so not our rules that even our Tory Prime Minister and the President of the biggest capitalist country in the world chose not to associate themselves with these Games by attending the opening ceremony.

So being Actively Uninspired by the Games is to me a more natural and more political reaction to the Sochi Games than a conscious decision not to watch them.  I admire the achievements of our athletes (even though I’m not interested in sport) but however brightly they might shine, the backdrop in Sochi will remain as tawdry as a slash curtain in a strip joint, whatever the bill for the Games.

I’m sorry, but when the hosts are playing by different rules, it all seems pointless.  It’s now’t more than folk sliding about on slippy stuff.

Next post: Getting My Head Round India – Part One